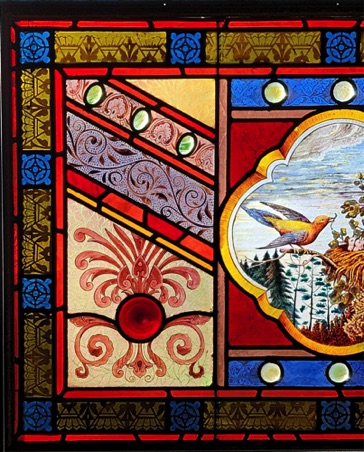 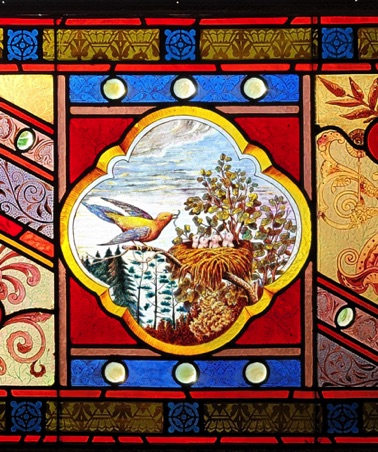 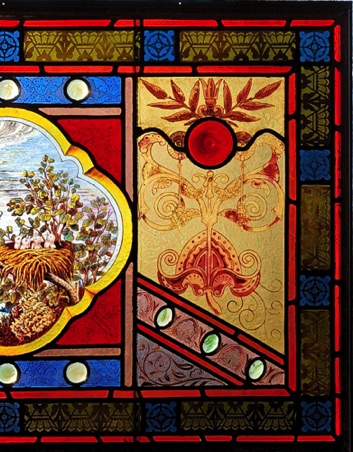 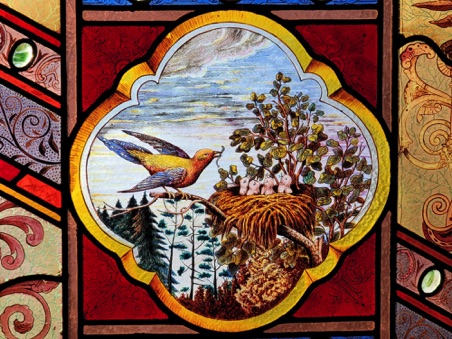 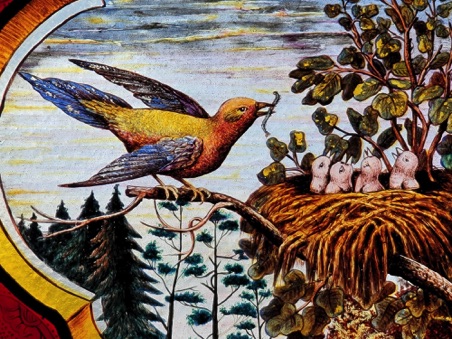 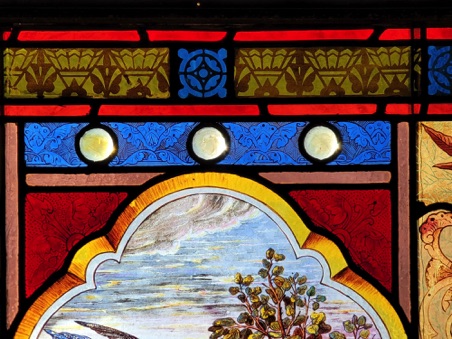 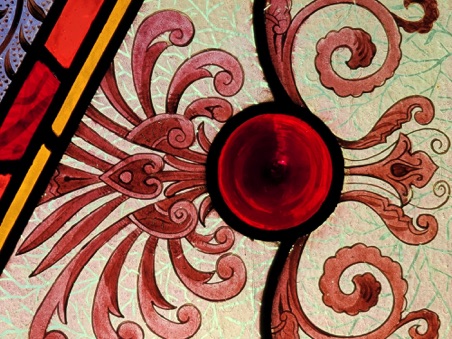 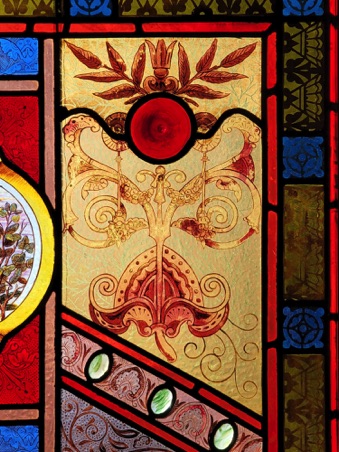 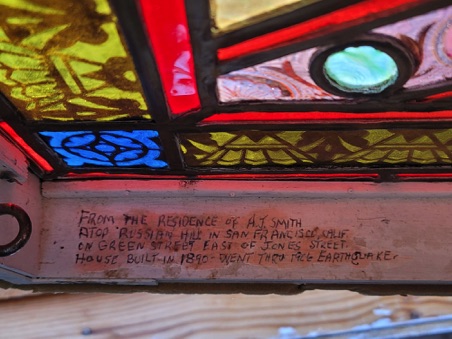 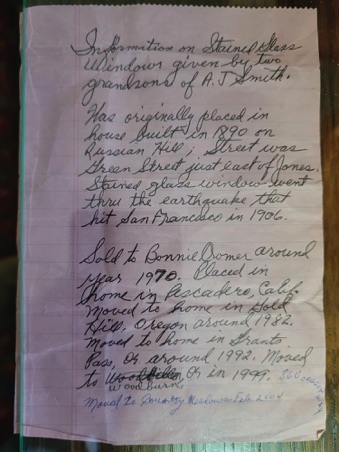 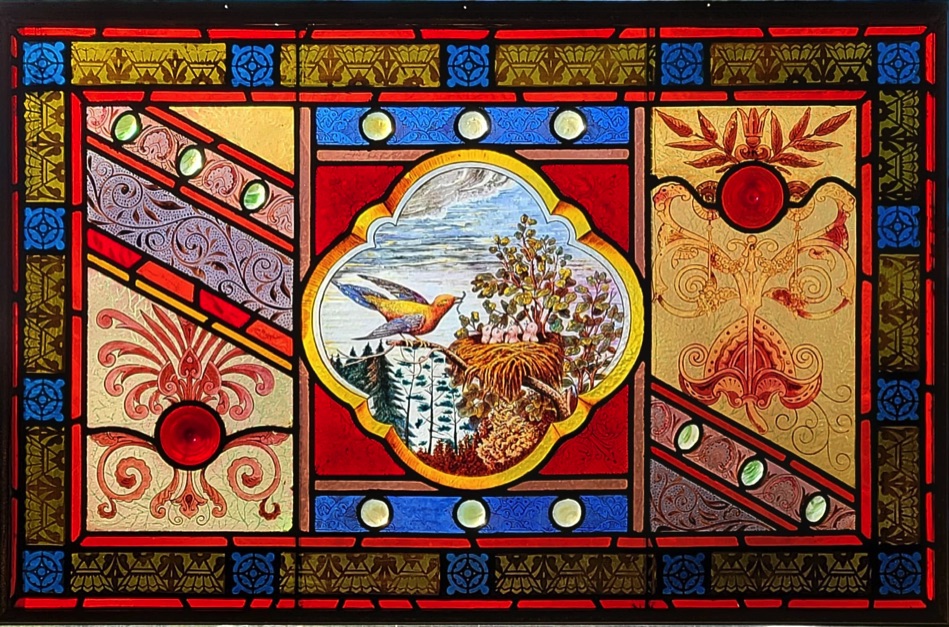 Clicking on any of the thumbnails below will link to enlarged images.

A very nice Antique American Stained/Painted and Jeweled Window from San Francisco.  The Window is currently in a 'Picture' frame, measuring 46" x 30 1/2" and is in excellent condition.

There is an interesting amount of history with the Window.  On the inside of the frame (not original to the Window, is the following verbage (pictured below), "From The Residence of A.J. Smith ATop "Russian Hill" in San Francisco, Calf. on Green Street East of Jones Street.  House Built in 1890- Went Thru 1906 Earthquake."

Also the following note accompanied the Window and is also pictured below:

"Information on Stained Glass Window given by two grandsons of A.J. Smith.

Was Originally placed in house built in 1890 on Russian Hill.  Street was Green Street just east of Jones.  Stained Glass Window went thru the earthquake that hit San Francisco in 1906.