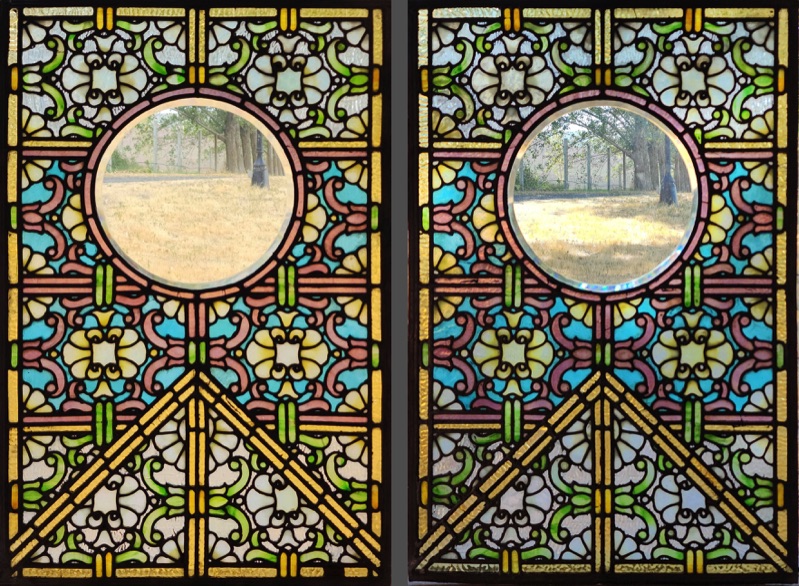 A pair of Antique American Panels.  The concensious of glass people I respect is that these are probably from Tiffany Studios.  As is frequently the case without a direct link the attribution is only my opinion.  However these two panels which have been restored were part of a set/series of panels.  I know of another 13 panels of the same design, and having seen them I think they most likely were part of a ceiling.  These two panels originally were curved along their long axis and missing the center medallion.  They are clearly part of the set found at the following link: fid2019a-h

Clicking on the thumbnails below will enlarge them 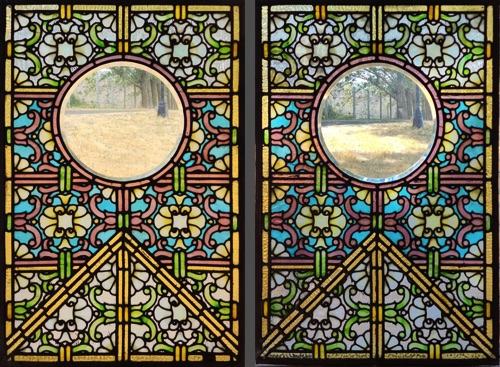 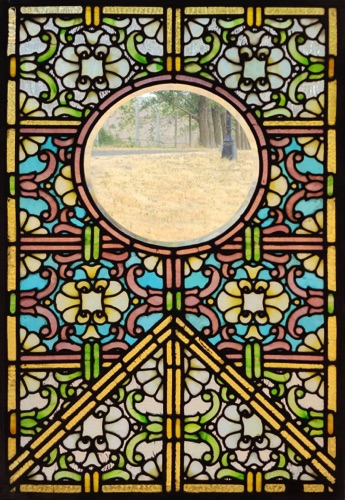 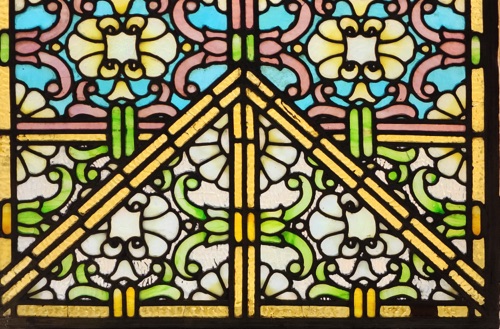 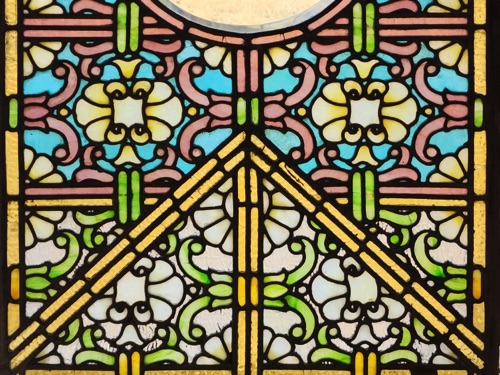 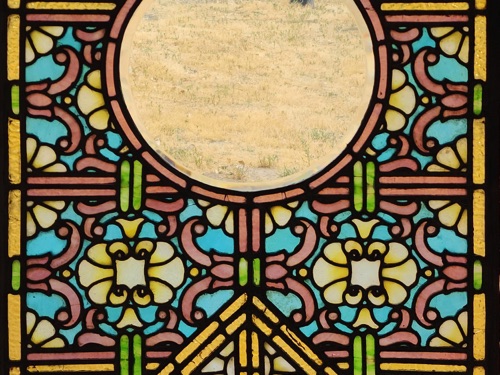 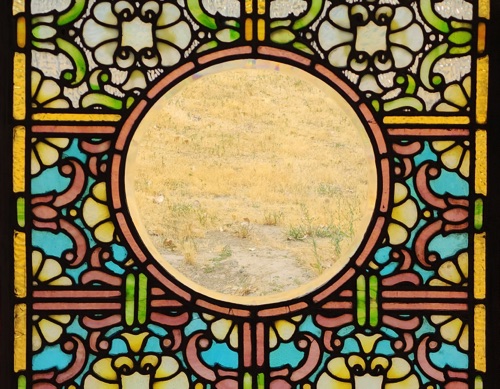 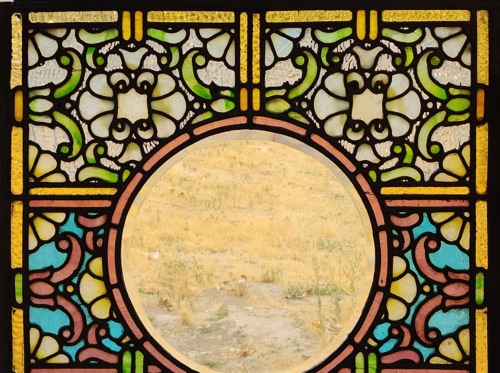 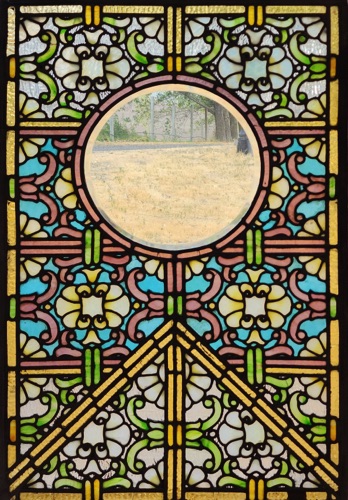 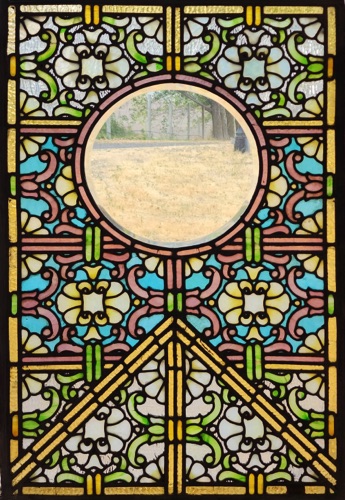 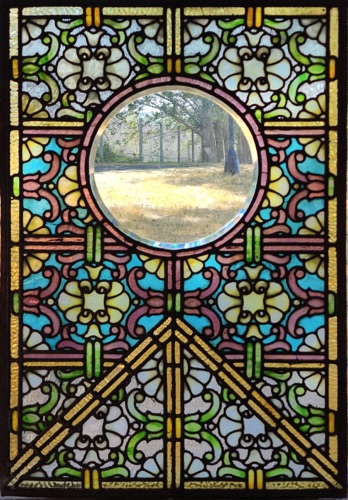 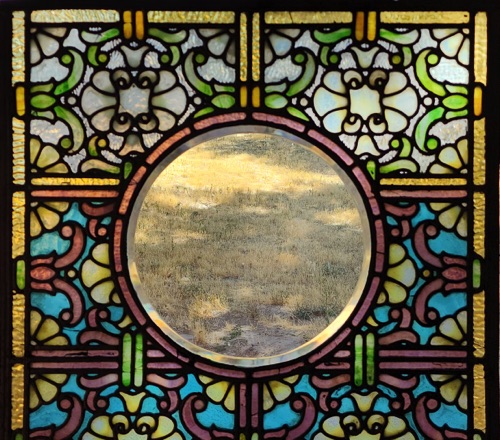 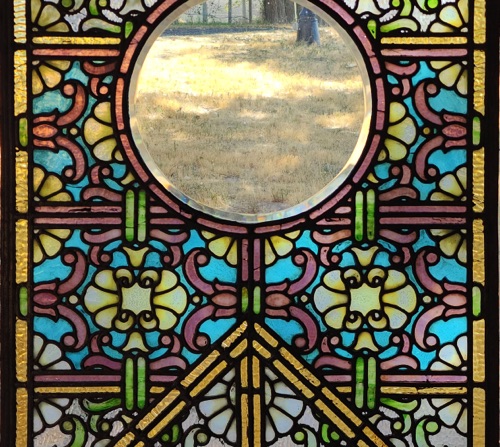 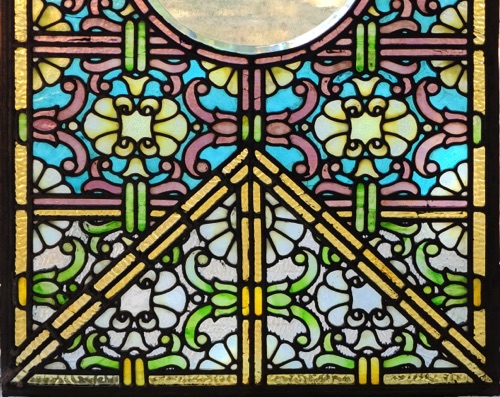